The AGM is followed by a dinner where a prominent leader of the local business community will be asked to give a presentation on their business experience and industry. The dinner is also a way for The Associates to recognize their first-year members, along with Associates who have been members for 10, 20, 25, 30, and 35 years. First-year members are presented with a plaque signed by the Dean of the Asper School of Business and the President of the University of Manitoba. Milestone members also receive a customized gift.

The 2019 AGM was held on Tuesday, November 26, 2019 at The Fort Garry with guest speaker Goldy Hyder, with 175 Associates, YA, faculty and guests in attendance. 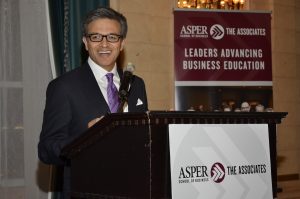 Goldy Hyder is the President and CEO of the Business Council of Canada. Founded in 1976, the Council is a non-profit, non-partisan organization representing the chief executives and heads of 150 leading Canadian businesses, composed of every major industry across the country.

From July 2014 to October 2018, Mr. Hyder was President and CEO of Hill+Knowlton Strategies (Canada), providing strategic communications counsel to the firm’s extensive and diverse client base. Prior to joining Hill+Knowlton in 2001, he served as Director of Policy and Chief of Staff to The Right Honourable Joe Clark, former prime minister and former leader of the federal Progressive Conservative Party.

In addition to his achievements in business and public policy, Mr. Hyder has a long track record of service on behalf of several charities and non-profit organizations. He is a past co-chair of the United Way of Ottawa’s Campaign Cabinet and a former member of the Board of Governors at Carleton University. He serves as chair of the Ottawa Senators Foundation, vice chair of the Asia Pacific Foundation of Canada’s Asia Business Leaders Advisory Council, and as an executive committee member of the Century Initiative. He also sits on the advisory boards of two leading organizations promoting advancement of women leaders, Catalyst Canada and the 30% Club (Canada).
Mr. Hyder is a regular commentator in the Canadian media on business, politics and leadership. He is the host of the recently launched “Speaking of Business” podcast, which features interviews with Canadian innovators, entrepreneurs and business leaders. In 2013, he received the Queen’s Diamond Jubilee Medal in recognition of his contributions to Canada. He holds a Master of Arts in Public Policy from the University of Calgary.

Past AGM speakers include: 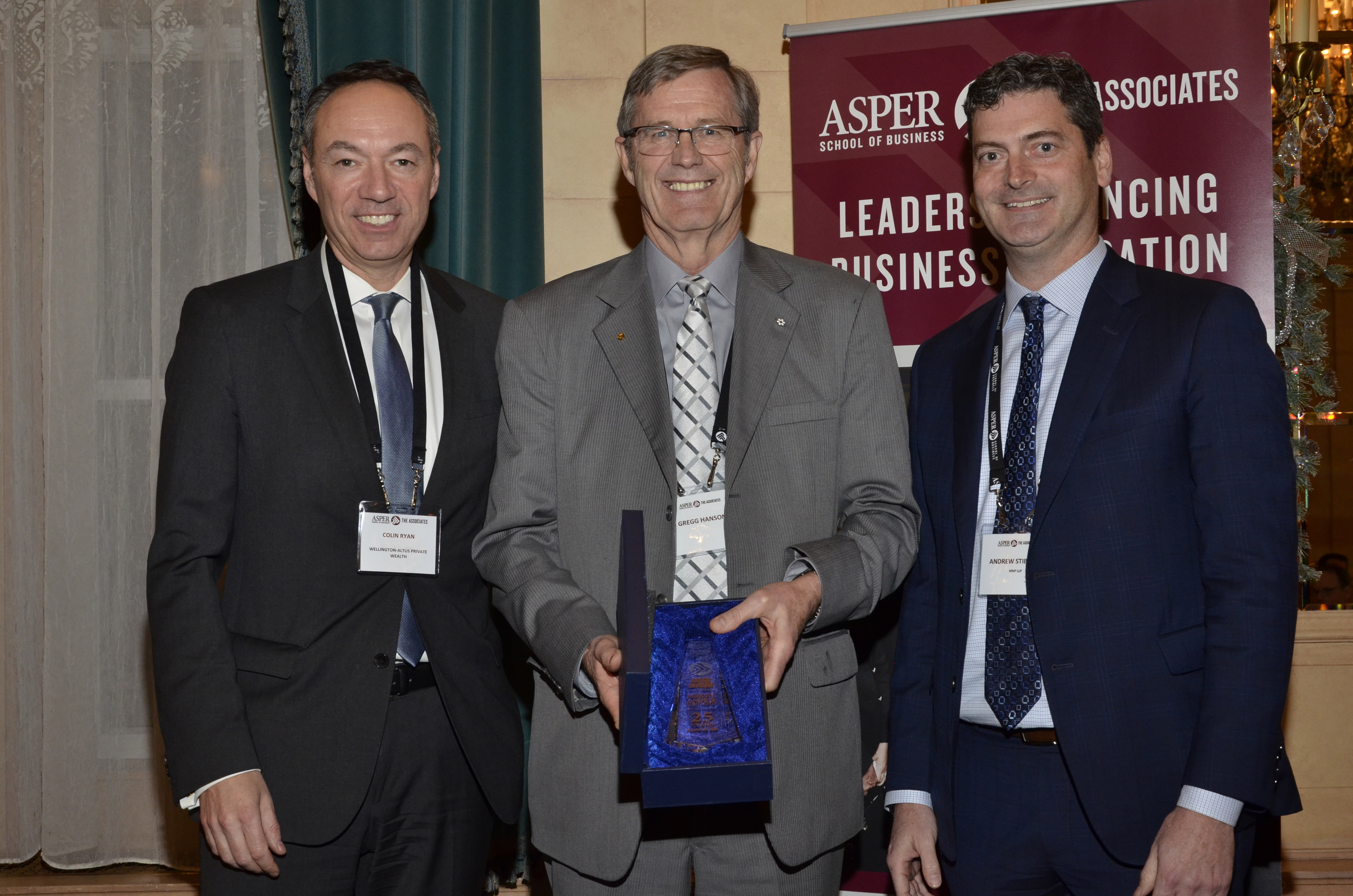